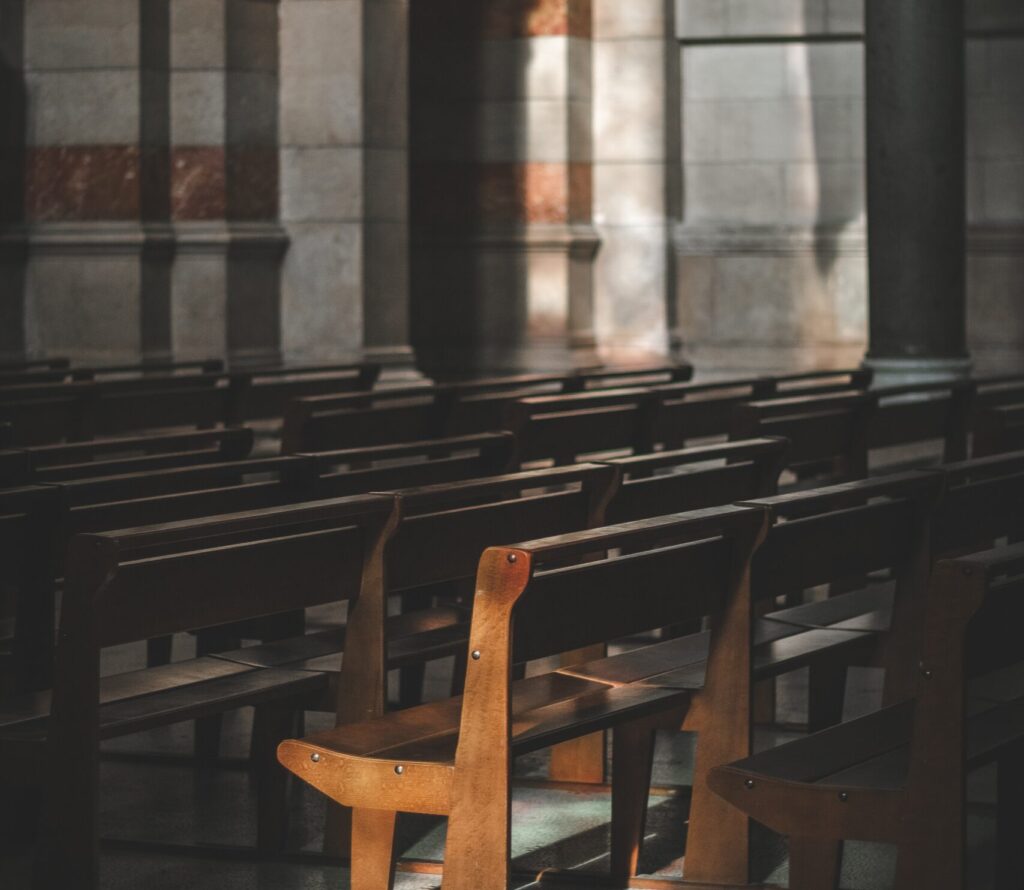 Spiritual abuse can be a convoluted issue that can manifest in many ways, all of which are deep and complex. Due to its depth and breadth, I will discuss a type of spiritual abuse I see often in my counseling practice: the abuse which occurs between a religious leader and their congregant.

This is often seen in trusted relationships where a religious leader’s need for control betrays the congregant’s trust. People often describe feeling gaslighted and controlled by the influence of powerful religious leaders, sometimes by ones they have never even met. This happens when they follow their teachings closely, and their teachings belittle or insult them. Spiritual abuse can look like manipulation, exploitation, enforced accountability, censorship of decision making, requirements for secrecy and silence, pressure to conform, misuse of religious texts or of the pulpit to control behavior, or requirements of obedience to the abuser. Spiritual abuse often perpetuates itself within a system that funnels down through different forms of leadership.

A helpful example of spiritual abuse comes from the Netflix series “Cobra Kai.” In the show Johnny Lawrence, a man who is emotionally and psychologically (also physically) abused by his sensei, seeks to become a sensei himself in order to teach youth his ways of karate. This style of karate was passed down by his sensei, John Kreese, with the very simple doctrine “Strike Hard, Strike First, No Mercy.” John Kreese’s teaching method is controlling, belittling and exploitative of teenagers who may be struggling with difficult family and peer situations. However, Kreese’ doctrine becomes the religious mantra for his students who use it to exercise control and dominance over others, often retaliating against their perceived bullies or asserting power through popularity at school.

Many students who seek out Kreese’s training are from homes where they have already been exploited or controlled. They look to karate with the hope that it will be something to heal their emotional wounds. Their sensei is the one who shapes and molds their experience in karate, just like a youth minister may shape and mold the habits, outlook and lifestyle of a youth group member trying to seek meaning in their life. In “Cobra Kai,” the pressure is not only to become a fighter who strikes first, but to shape their lives around it without questioning their sensei. Johnny Lawrence, who is seen as a man with good intentions, trains his students in a doctrine and practice passed on by his sensei and realizes too late that the system he is helping to build is corrupt.

The system of abuse in “Cobra Kai” mirrors the system of abuse from an unhealthy church. A current pastor’s teachings and leadership comes from a cycle that affects their own patterns. The pastor may have endured spiritual abuse themselves without realizing it, as they may have been more cognizant of the good that came from their own leaders.

The difficult thing about most kinds of abuse is the betrayal bond. The abuser has established trust through kind words and deeds. This can help normalize the exploitative, controlling nature of these relationships. Often a leader passes it down to others as they believe it is the right thing to do, especially due to the religious nature of the control. They believe, authentically, that it is good and righteous to pass their “wisdom” to their congregants. This system of control funnels down from leader to follower, raising up that follower to be a leader and continuing the cycle. Sadly, spiritual abuse can come from both those who narcissistically seek control and by good-hearted people trying to exert the same control that was exercised over them.

If you wonder if you have been spiritually abused but question your own perception, you are not alone! If you feel that your view of religion or your connection with God has been compromised due to feeling belittled, manipulated, controlled, or exploited, even if you do not see the religious leaders in your life as controlling narcissists, there is a system at work.

Religion can deeply shape our lives. Just like the hurting teenagers in “Cobra Kai,” we often go toward religion looking for answers and hope. Due to this, spiritual abuse can cut deep, going beyond just affecting our religious outlook. It can leave scars on our sense of self-worth, create depression, and even cause post-traumatic stress disorder. If you have been part of a system of spiritual abuse, start to ask yourself how it has affected your outlook and your view of yourself. Counseling can help bring clarity and make sense of the effects that spiritual trauma has had over you. By talking to a therapist who has a knowledge of spiritual abuse, you can help make sense of what this control has done to your view of religion, and your view of yourself.

For further explorations on spiritual abuse, check out these resources:

*Photo by Guillaume Bleyer on Unsplash